A Wall Street investment chief overseeing $26 billion breaks down why recession fears are overblown, even as the market clamors for Fed relief 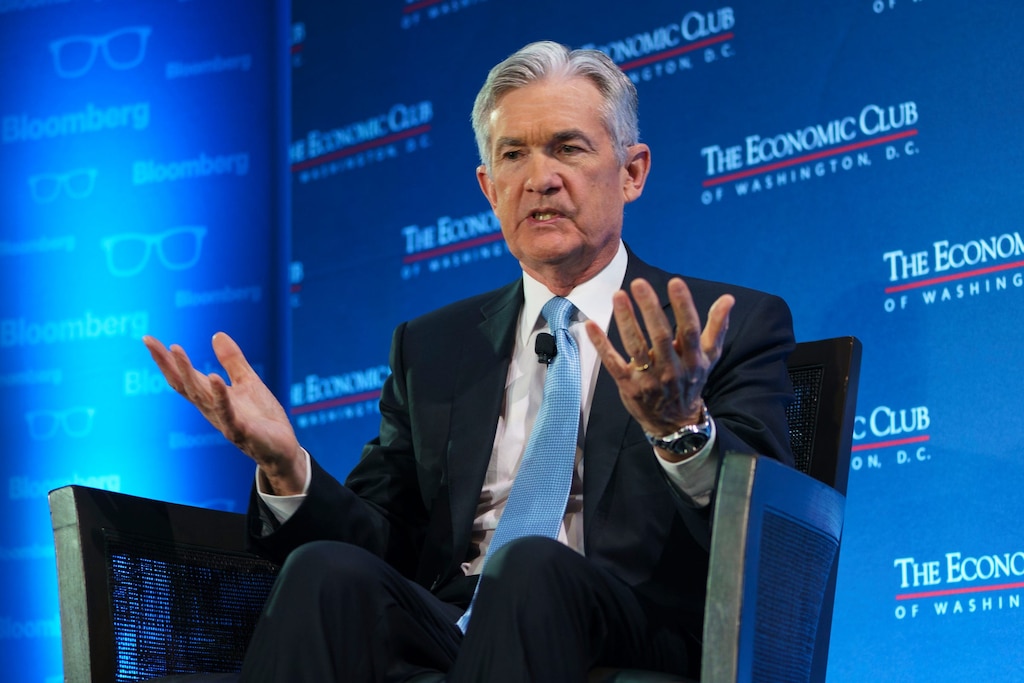 Not everyone watching the bond market sees signs of recession looming ahead.

The yield-curve inversion between 10-year Treasurys and 3-month notes is a signal of low inflation, not an imminent recession, according to Mark Heppenstall, who helps oversee $26 billion as chief investment officer of Penn Mutual Asset Management.

Still, Heppenstall told Business Insider in an exclusive interview that “it feels as though the bond market has built in a lot of bad economic news and continued low inflation.”

He disagrees, pointing to continued low employment and jobs numbers that — while slowing — have not turned negative. Heppenstall considers that a sign that the US economy is still “chugging along at a reasonable clip.”

“It’s hard to make the case that the US economy is heading towards a recession,” he added.

From a market perspective, low inflation is a good thing for the purchasing power of bonds over time. High inflation eats into bonds future value, but low inflation makes them more attractive. This could explain the rush of investors into the 10-year, which led to a rally and historically low yields.

Now, the bond market is putting pressure on the Federal Reserve to cut interest rates to keep the economy moving forward, something chairman Jerome Powell signaled he was open to doing. The equity market has also priced in rate cuts this year, following increased tension from trade with the US and China and Trump’s threat of tariffs against Mexico.

“I think it’s unlikely that the Federal Reserve would do something that would be so different from market expectations at this point,” Heppenstall said.

There are also conflicting signals in other parts of the yield curve, where it’s not flat or inverted, Heppenstall said. For instance, the spread between the 5- and 30-year Treasury yields is widening, climbing from 20 basis points last summer to nearly 80 basis points this year. He admits it’s tough to get a clear reading from these “mixed signals.”

If the entirety of the curve was moving into an inversion, Heppenstall says he would “probably be more cautious on economic growth moving ahead.”

To be sure, there are many other insiders that think the bond market is sending a loud and clear signal that recession is on the horizon, or that the stock market is at least in a topping process that warrants caution. While some bond- and stock-market investors have become more aligned in how they are reading signals like the inverted yield curve, they’ve had opposing views in recent months.

Going forward, it will be important to watch for the political moves that have been driving markets. Over the summer, Heppenstall says he’ll be watching what happens at the G20 summit and for signs of a hard Brexit. Both the bond market and the equity market have been susceptible to news about trade talks between the US and China, even though the outcome of the dispute could have binary outcomes for markets, he said.

“For the balance of the year I think that it’s unlikely that you’re going to make more in significant capital appreciation” in the bond market, Heppenstall said. Still, “it’s a time where you have to remain opportunistic. The shift between risk on and risk off is happening pretty quickly.”

Heppenstall is also watching currencies, particularly the Chinese yuan and broad dollar strength for signs of global economic health — or signs of deterioration — for the rest of the year.

“Oftentimes you’ll see some of the destruction in the currency market before the bond market,” Heppenstall said.

GOLDMAN SACHS: Buy these 17 ‘superstar’ stocks, which dominate sales in their industries and have been crushing the market

Beware a ‘Trump recession’: JPMorgan unloads on the president’s role in erasing a full year of market progress — and lays out a scenario that could save the day