Another mega-deal just shook up healthcare and the 2 companies used a word that should make their employees nervous (CNC, WCG)

Главная » MAKE MONEY » Another mega-deal just shook up healthcare and the 2 companies used a word that should make their employees nervous (CNC, WCG)
March 27, 2019MAKE MONEY 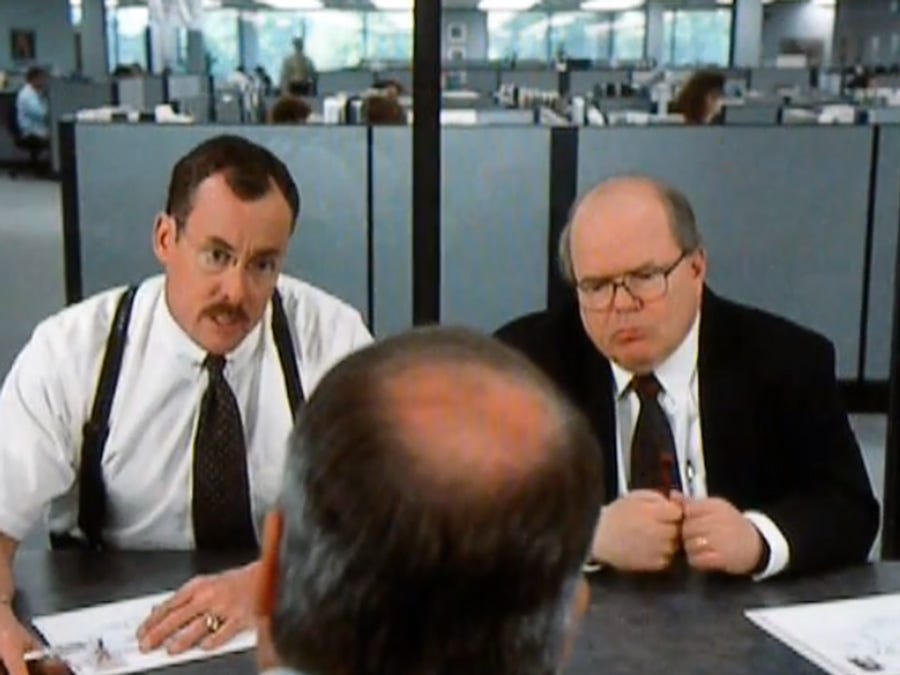 In a move highlighting the consolidation taking the healthcare industry by storm, the health insurer Centene said Wednesday that it planned to buy its rival WellCare in a deal valued at $17.3 billion.

The companies expect the deal, which they hope will create a “leader” in government-sponsored healthcare, to close in the first half of 2020. But companies don’t just make deals to make deals, they do so to enhance shareholder value.

In a joint statement announcing the deal, the companies said (emphasis ours):

“The combination is expected to generate approximately $500 million of annual net cost synergies by year two, driven primarily by the ability to capitalize on economies of scale in pharmacy and other medical cost management, leveraging WellCare’s Medicare capabilities across markets, optimizing capabilities in IT systems and process management, as well as increased efficiencies in G&A. These synergies would be in addition to the previously communicated efforts of Centene Forward.”

The term “synergies” typically means efforts to cut costs when companies combine. Redundancies might be eliminated, or a workforce might shrink. In this case it could mean in pharmacy and other medical cost management, IT systems, and general and administrative expenses.

In a presentation to investors on Wednesday morning, Centene outlined some of its plans. The health insurer pinpointed general and administrative “efficiencies” in the near-term, and systems consolidation and product expansion into new markets over the longer-term. 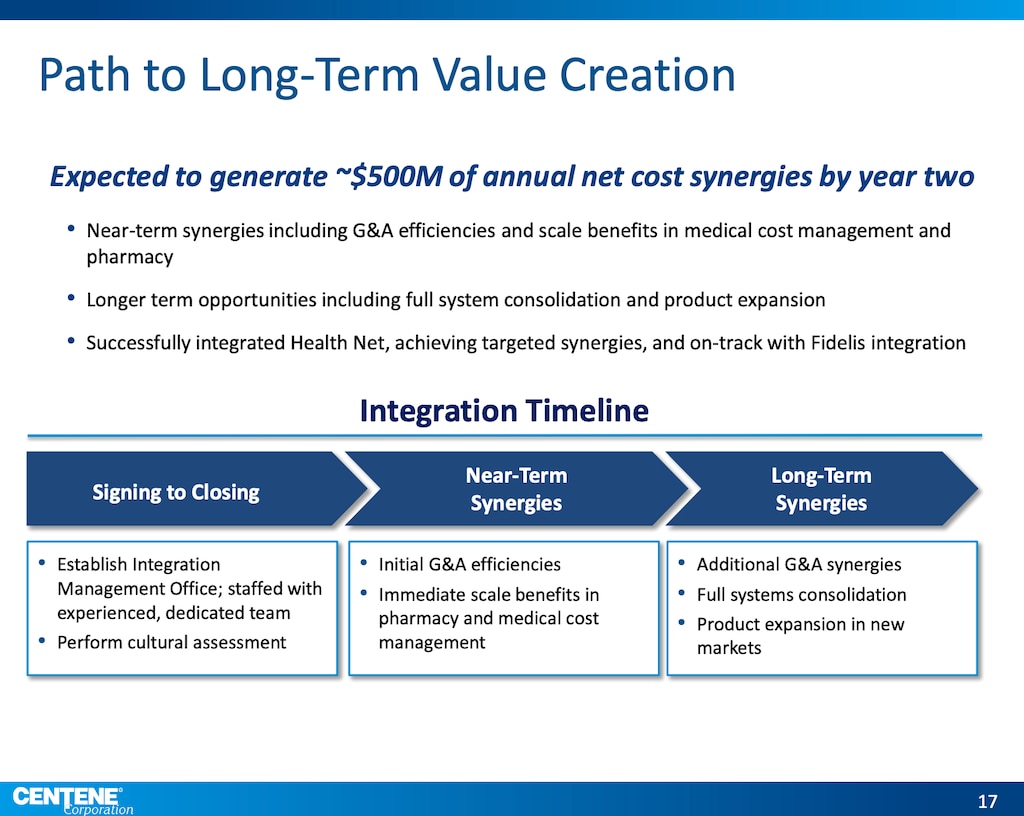 The language isn’t uncommon; a handful of recent mega-deals have featured similar announcements.

Bristol-Myers Squibb said in January the company expected to realize $2.5 billion in “synergies” by 2022 when it announced plans to buy the biotech Celgene.

And in February, SunTrust Banks and BB&T said they planned to merge in a deal that would deliver $1.6 billion in annual net cost synergies by 2022.

A representative for Centene did not immediately respond to a request for comment on whether headcount reductions were planned.