Beyond Meat is soaring as the stock market tanks

Главная » MAKE MONEY » Beyond Meat is soaring as the stock market tanks
May 7, 2019MAKE MONEY 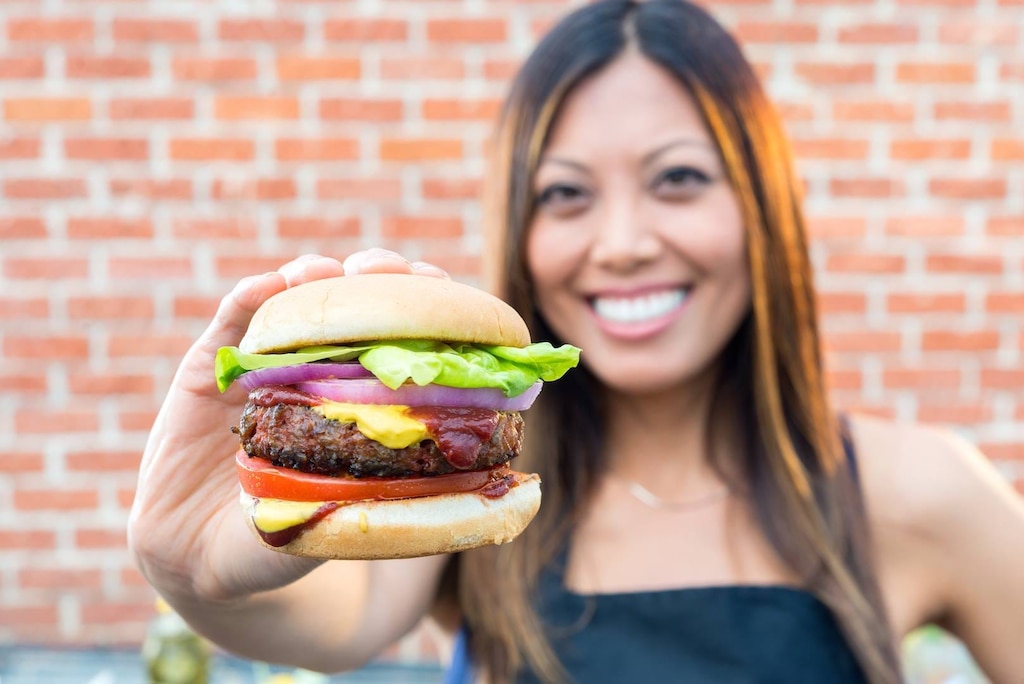 Beyond Meat is surging on Tuesday, even as the stock market comes under pressure amid trade-war worries.

Shares of the plant-based-burger maker were up 9.6% near $82 apiece on Tuesday afternoon and have gained 228% since their initial-public-offering pricing of $25 on May 1. The stock jumped 163% during its first day of trading on the Nasdaq and has posted a higher close each day since.

News surrounding the name has been light since its IPO, with only one analyst so far initiating cover. Freedom Finance’s Erlan Abdikarimov rated the company a “buy” on April 26, and assigned a $28.40 price target, according to Bloomberg.

Volatility in the stock may soon pick up as the Chicago Board Options Exchange on Tuesday said options would begin trading on May 8.

Beyond Meat’s blistering start on the public market comes despite it not yet turning a profit. The company has generated losses in each year since its 2009 founding, losing $29.9 million last year on net revenue of $87.9 million. 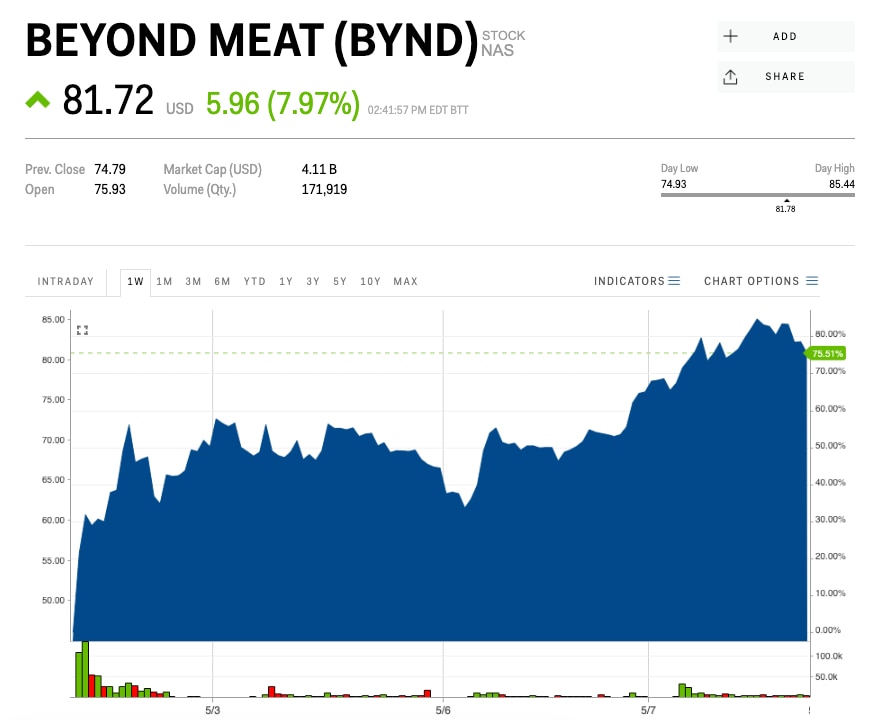