Главная » MAKE MONEY » Companies bought back a record $223 billion of their own stock last quarter â even though Congress has been criticizing the practice
March 26, 2019MAKE MONEY 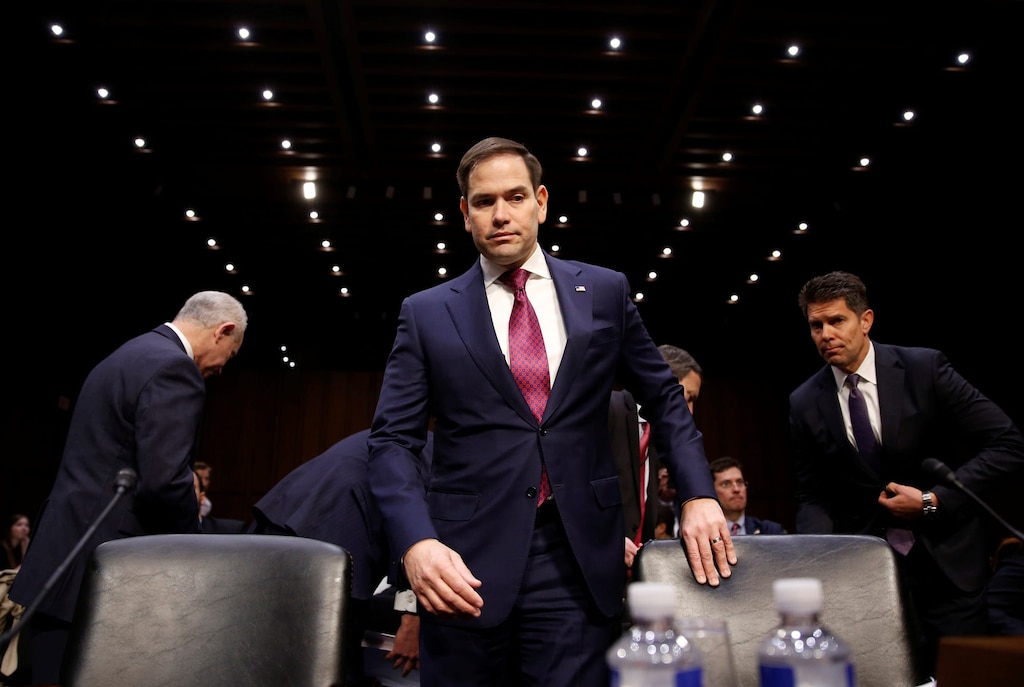 If Sens. Bernie Sanders and Marco Rubio agree on one thing, it’s that billions of dollars of corporate stock buybacks need to be reined in.

And they’re not alone. A segment of politicians argue that soaring corporate buybacks exacerbate income inequality as cash is returned to shareholders at the expense raising workers’ wages and investing in longer-term development. That’s been fueled in part by cash they received after the Trump administration’s sweeping tax reform.

“It’s clear that the SEC must review its current buyback rules to do more to protect investors,” wrote Senator Chris Van Hollen, a Maryland Democrat, in a release earlier this month.

Read more: Buybacks are a $1 trillion political hot potato — here’s why politicians and CEOs are sparring over them

Rep. French Hill, an Arkansas Republican and member of the House Financial Services Committee, wrote in a letter to The New York Times last month that limiting buybacks “disincentivizes aspiring entrepreneurs to go public and hinders individual shareholders and retirees from building equity.”

But the political debate hasn’t discouraged public companies from repurchasing their stock — and lots of it.

Companies in the S&P 500 executed a record $223 billion of share buybacks in the fourth-quarter, bringing the 2018 total to an all-time high $806.4 billion, according to a new report from S&P Dow Jones Indices.

That was the fourth consecutive quarter of record S&P 500 company buybacks, the longest such streak in the two decades the firm has tracked the activity.

Read more: Companies are on pace to shatter records for share buybacks — and their behavior is dispelling a few key myths about the stock market

“Shareholder returns continue to set records, but watching the buyback rate could give you a stiff neck,” said Howard Silverblatt, the senior index analyst at S&P Dow Jones Indices.

“Companies continued to spend more of their tax savings on these share repurchases as they boosted earnings through significantly reduced share counts.” 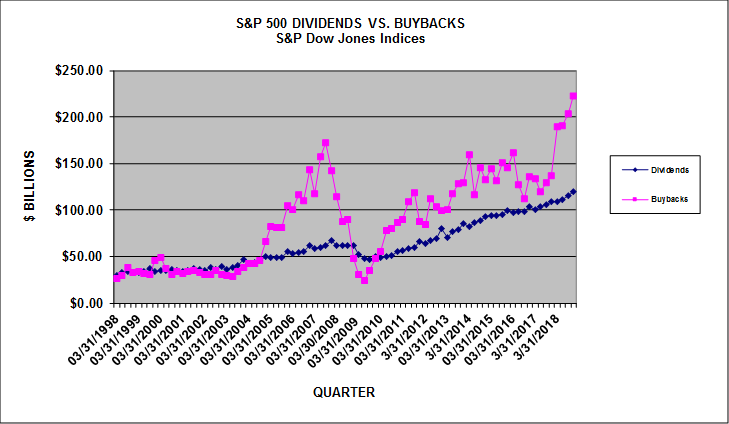 Which corporations are actually executing the buybacks? Most of them. Last year, 444 companies in the S&P 500 repurchased shares, up from 424 in 2017.

Digging deeper, technology companies have dominated the buyback landscape, accounting for 34.5% of the total among S&P 500 companies in 2018. That was up from 22.9% the prior year.

On the company level, investors can’t discuss buybacks without mentioning one of the practice’s biggest fans in recent years: Apple. The iPhone giant spent $74.2 billion on buybacks in 2018, the most of any S&P 500 company. Apple has also executed 12 of the 20 largest quarterly buybacks of all time, according to Silverblatt’s report.

That may come as no surprise to those who know just how much cash Apple has on hand — the company said in its last quarterly earnings report that its net cash balance was $130 billion, and reiterated its plan for a net cash neutral position over time.