From the wealthy to Wall Street, heres how the 2020 Democrats would redraw the US tax code with their plans

Главная » MAKE MONEY » From the wealthy to Wall Street, heres how the 2020 Democrats would redraw the US tax code with their plans
February 1, 2020MAKE MONEY 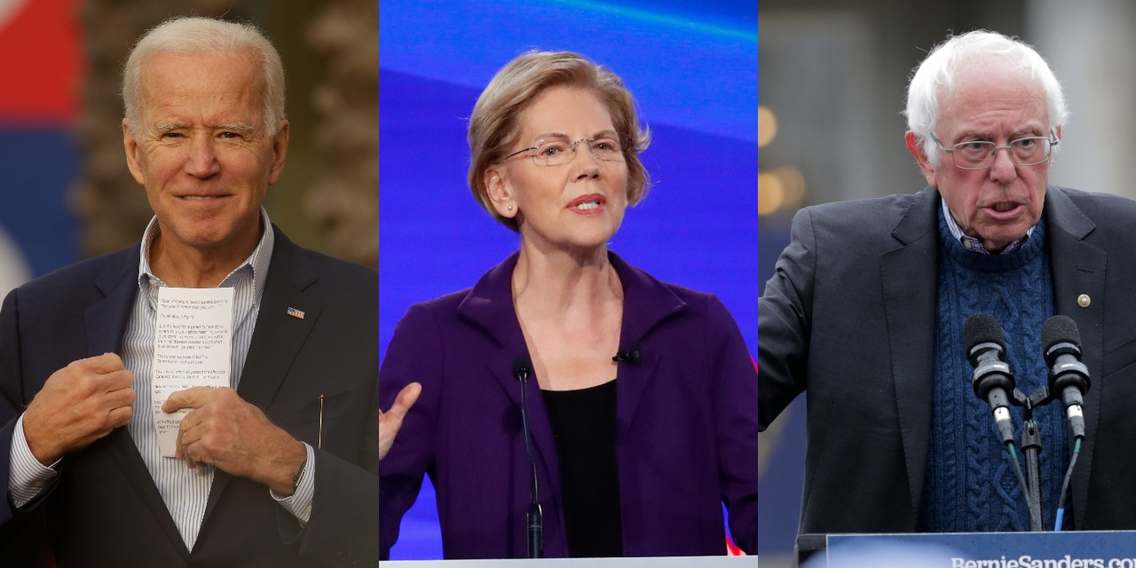 With a few days to go before the first-in-the-nation Iowa caucus, the 2020 Democratic presidential candidates have rolled out scores of tax proposals signaling their political goals.

Despite their wide ideological differences, there is a consensus among progressive and moderate candidates to ramp up taxes on the richest citizens and corporations to fund plans that would realign the nation’s economy and provide relief for the middle class.

Sens. Bernie Sanders and Elizabeth Warren are two progressives leading the pack with huge spending plans with price tags well into the tens of trillions of dollars, arguing it will accelerate economic growth.

Still, the tax-and-spend approach of the field represents a departure from past elections.

“It’s a buckling of the trends we’ve seen for the past 20 years, where Democratic administrations have relied on refundable tax credits,” said Janet Holtzblatt, a senior fellow at the Urban-Brookings Tax Policy Center who analyzed the tax plans of the 2020 candidates, noting that credits put money back into the pockets of taxpayers.

Instead, leading Democratic candidates are veering toward an activist model of governance with a stronger emphasis on redistributing wealth. And with the spending plans, she said, “you see it upfront.”

The size of their spending mirrors the ambition of each candidate to either adjust or completely remake the role of government – and their efforts to change American society with it.

From the wealthy to Wall Street to Main Street, here’s how the 2020 Democrats would change how Americans are taxed. Sanders has centered his campaign around the idea of a wholesale progressive revolution. He pushed the Democratic Party significantly to the left on issues like a $15 minimum wage and tuition-free public college during his first presidential run in 2016.

He seeks to implement a Green New Deal, Medicare for All, and a federal jobs guarantee, among other plans.

It’s a platform with a hefty price tag – and that comes with several key tax plans:

The Progressive Policy Institute (PPI), a center-left organization, said in a recent report that Sanders had proposed just over $50 trillion in new spending – the Green New Deal and Medicare for All made up the largest portion.

Sen. Elizabeth Warren also has a sweeping collection of plans that would collect substantially more tax dollars from the richest Americans and expand the size of the federal government. Warren has proposed a raft of progressive plans to remake the American economy and tilt the scales of economic power back toward the middle class.

The cost of her agenda is estimated to be $30 trillion, which would significantly expand the size of the federal government. To help pay for it, Warren is relying on collecting more taxes from the wealthiest Americans and corporations.

These are the key tax plans underpinning her ambitious agenda:

Her campaign estimates the wealth tax would raise $3.75 trillion in revenue over a decade – and Warren says the money would be used to cover the cost of universal childcare, K-12 education, free public college, and cancelling student debt.

Some experts, though, contend the wealth tax would generate fewer tax dollars than initial projections suggest – that’s if it becomes reality as others have argued its unconstitutional.

The PPI report noted that compared to her rivals, Warren proposed more spending on research and low-income students.

Former Vice President Joe Biden is pushing for a smaller expansion of government compared to his progressive rivals. But it would also be paid for with taxes on the very rich. 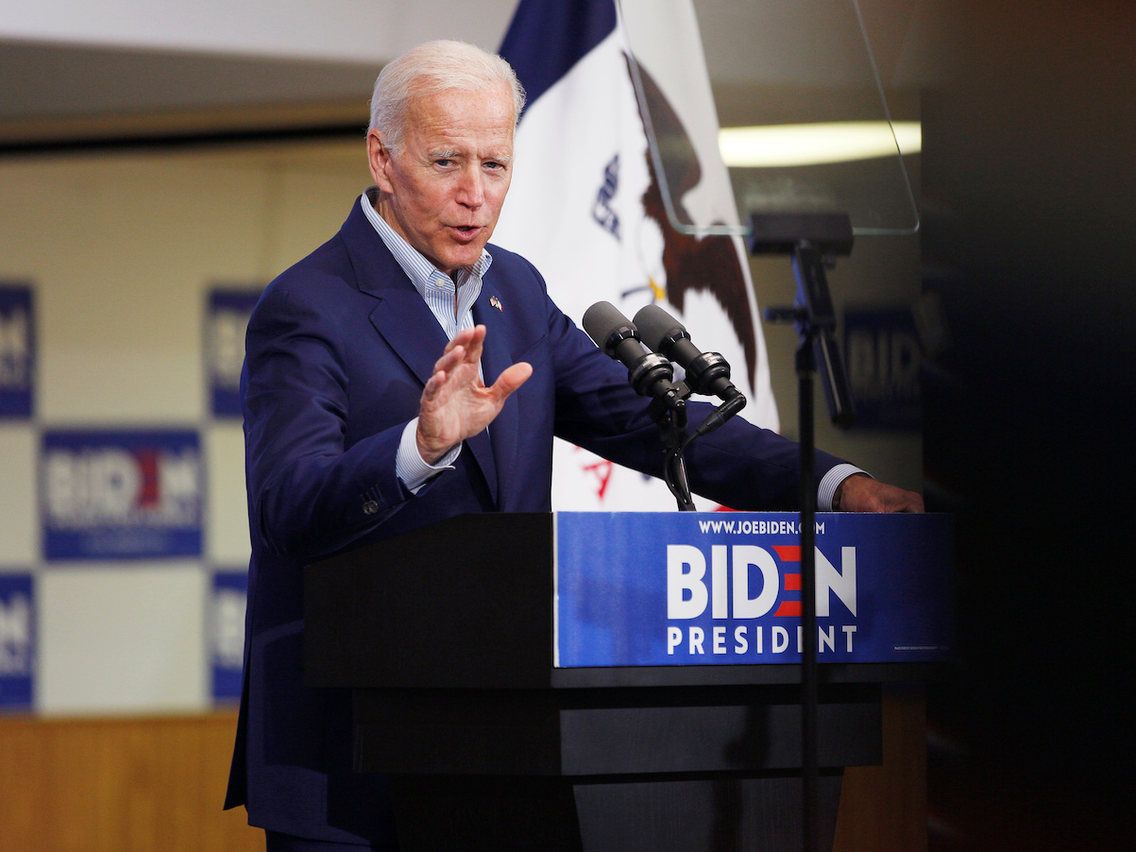 Biden has anchored his candidacy on the notion he is uniquely capable to restoring normalcy in Washington, touting decades of experience in Congress and the White House.

The former vice president says he would attempt to work with Republicans on his legislative priorities, like strengthening the Affordable Care Act.

His campaign estimates it would raise $3.4 trillion over 10 years from Biden’s tax plans:

Unlike Sanders or Warren, Biden is not attempting to soak the rich in taxes, and his spending platform is modest by comparison.

But it still represents significantly more taxes on owners of capital. The PPI report also noted his spending would be directed toward improving infrastructure, education, and scientific research.

Former South Bend Mayor Pete Buttigieg has carved out moderate positions, but he still wants to ramp up taxes on the rich and corporations. Though billing himself as a moderate, Buttigieg’s $7 trillion spending plan, per a campaign estimate, is larger than the proposal Biden unveiled. And his economic platform is also further to the left.

Here are his key tax plans:

Sen. Amy Klobuchar also wants to increase taxes on the very rich while providing a lot of relief for the middle class with tax breaks or credits. 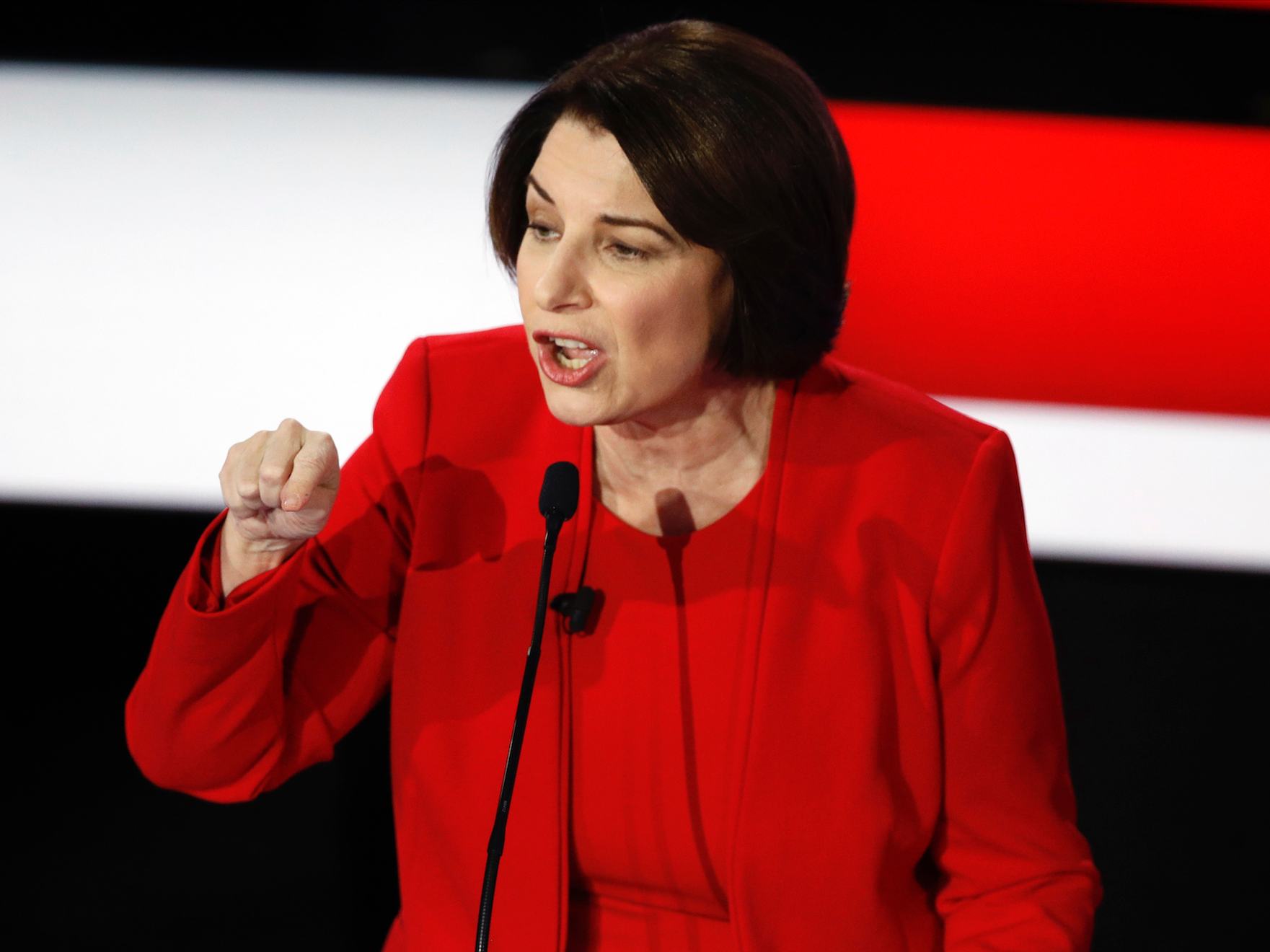 Klobuchar, another moderate, has relayed her legislative credentials and a common-sense approach to governing on the campaign trail.

The Minnesota senator is also contending that her platform will help win over voters in critical states like Wisconsin and Michigan. Here are her tax plans:

Last year, she rolled out a $100 billion plan to combat drug and alcohol addiction and improve mental health treatment.

Klobuchar is prioritizing shoring up American infrastucture and aiding seniors. Bloomberg, a wealthy media executive, is running as a business-friendly moderate Democrat with a record of advocating for gun control and climate change action.

His platform is calling for a range of new and changed taxes:

But Bloomberg has a conservative tilt within the field on economic policy.

He staunchly opposes the wealth tax and the idea of universal healthcare, arguing that Medicare for All would “bankrupt us for a very long time.”

Tom Steyer wants to end tax breaks for “big polluters” and cut income taxes by 10% for the middle class. Steyer, a wealthy hedge fund executive from California, invested heavily in Democratic causes such as combating climate change before running for president.

His tax plan’s primary goals are to:

Unlike Bloomberg, Steyer is molding himself as a progressive, given he’s embraced a tax on wealth.

Tech entrepreneur Andrew Yang has an array of tax proposals that complement his drive for “human-centered capitalism,” including universal basic income and subsidized marriage counseling. Yang has centered his campaign on dealing with the threat of automation, warning it will lead to mass unemployment and political turmoil – and he’s thrown his support behind universal basic income.

His “Freedom Dividend” proposal would guarantee payments of $1,000 a month – or $12,000 a year – to every US citizen over 18 years old with no strings attached.

Other tax plans include:

Rep. Tulsi Gabbard has not introduced many tax proposals. 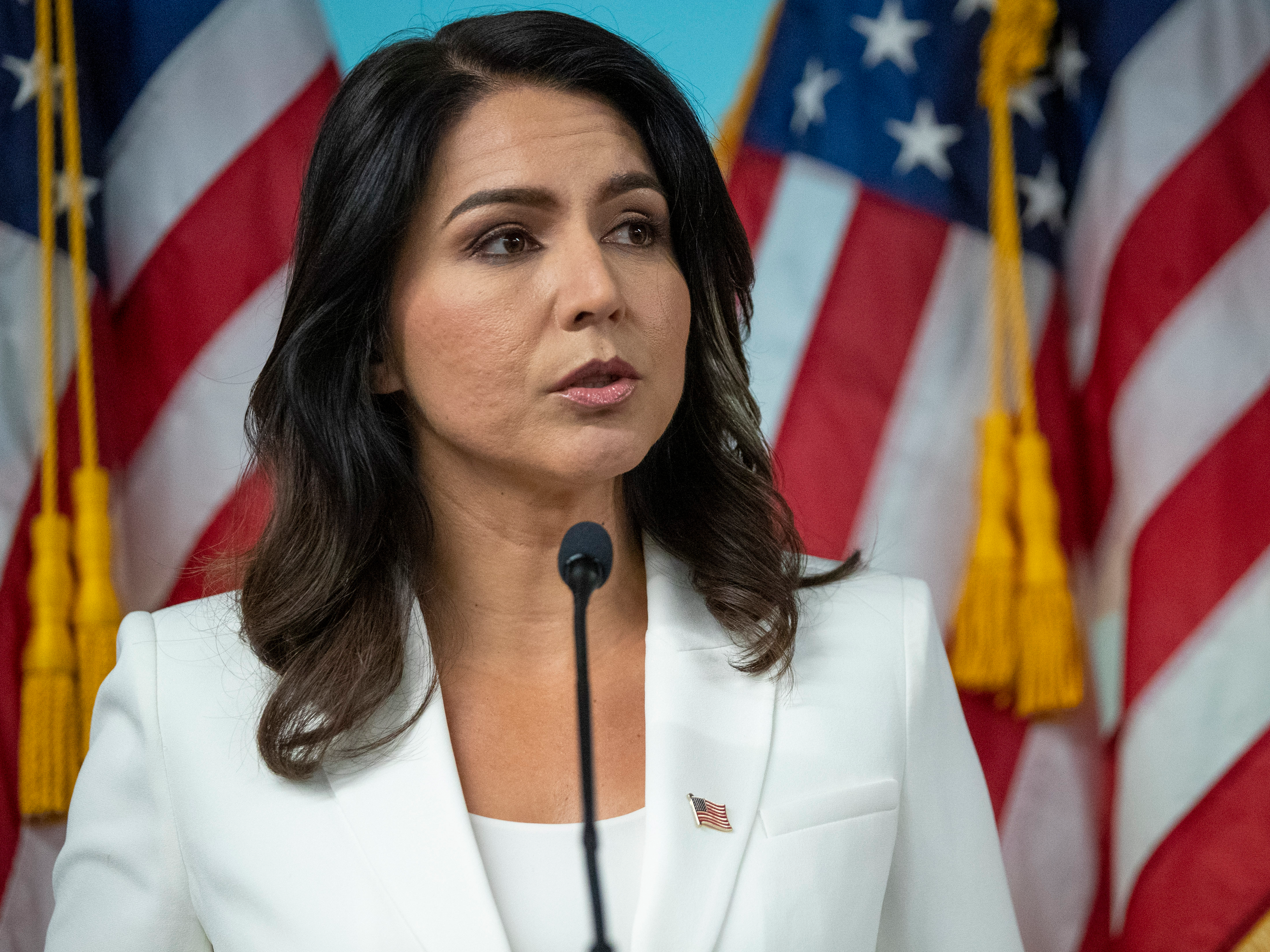 Gabbard has honed a message of non-intervention overseas, but is light on tax plans.

Her tax plans include: