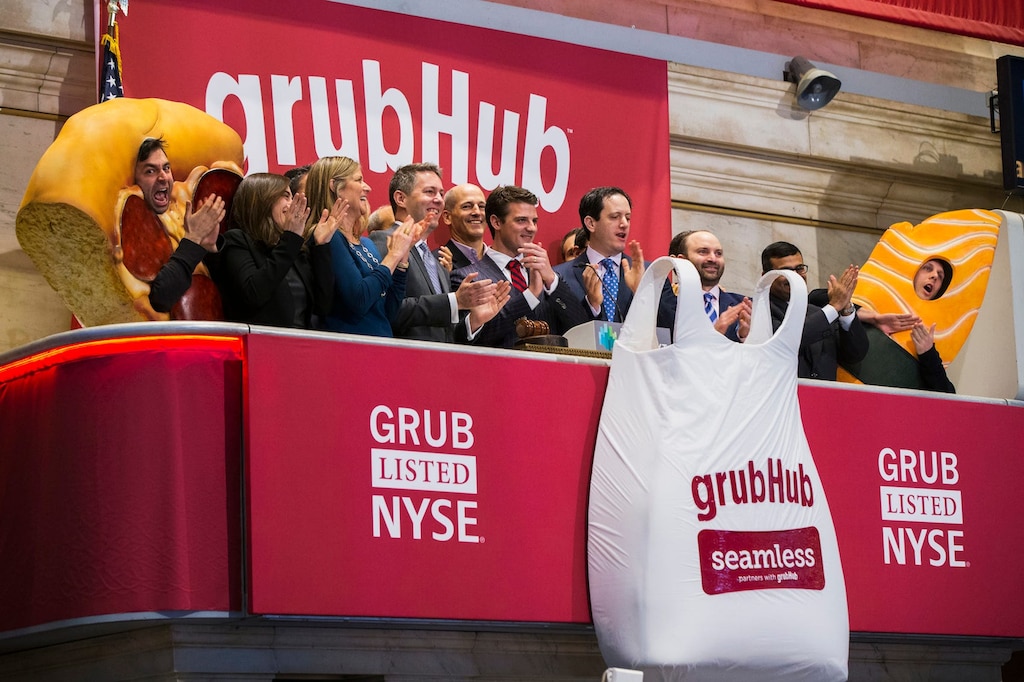 GrubHub dropped more than 6% Friday after Uber’s S1 filing indicated the ride-sharing company was continuing its aggressive expansion into the food-delivery business through its subsidiary UberEats. GrubHub’s stock has plunged more than 50% from its highs reached in October 2018 as disclosure around UberEats’ business has increased.

According to the Uber’s S1 documents filed in preparation for an IPO, UberEats’ 2018 revenues reached $1.5 billion, growing 149% year-over-year. Uber regards the total market potential, or the amount that consumers spend on all home delivery, takeaway, and drive-through service globally, to be a staggering $795 billion.

In a research report out Friday, Jeffries analyst Brent Thill maintained his “hold” rating on GrubHub. Thill has a price target of $80 — 23% above where shares were trading on Friday.

“We believe much of this information was already well understood by investors as Uber has been more transparent about the Eats business the last couple quarters,” wrote Thill. The stock is down ~54% from its highs & we believe much of that performance has been a direct cause of increased competition and disclosure from Uber & other larger players.”

Uber’s initial public offering, which could value the firm at up to $100 billion, is expected to come as early as next week.

GrubHub was down more than 15% this year, including Friday’s loss.