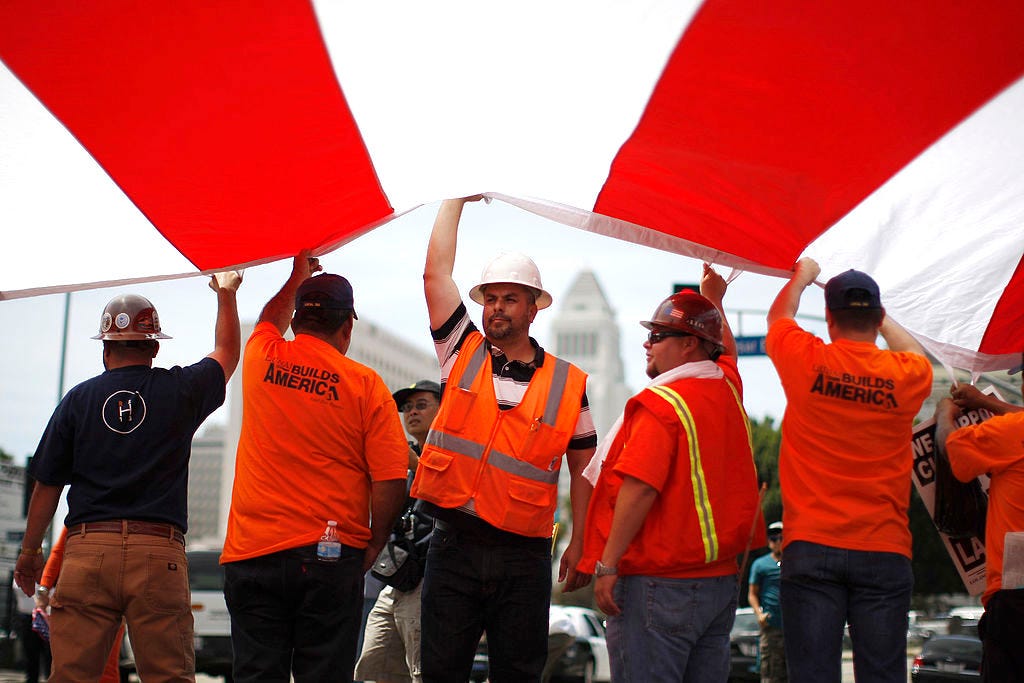 Offering the latest snapshot of the American economy, the official employment report out Friday showed that hiring rebounded last month but that wage growth eased.

The Bureau of Labor Statistics said the US economy added 196,000 nonfarm payrolls in March, bouncing back from gains that were far smaller than expected a month earlier.

The unemployment rate held steady at 3.8%, near a five-decade low. Average hourly earnings rose 3.2% from a year ago, accelerating at a slightly slower pace than they did a month earlier.

The US created far fewer jobs than expected in February. The nonfarm payroll increase that month, 33,000, was far below economist expectations and raised concerns that the labor market could be cooling.

“February’s jobs report spoke volumes about how little room remains for growth, which makes today’s numbers all the more positive to see,” said Steve Rick, the chief economist at CUNA Mutual Group. “The labor market fell right back into step with where we were, not only with positive job numbers but with exceeded forecasts.”

Growth is widely expected to slow over the next two years in the US and other major economies, but the latest employment report could assuage concerns that a downturn is imminent. Nonfarm jobs have increased by a solid 180,000 on average over the past three months.

The labor market pulled fewer Americans from the sidelines in March. The labor-force participation rate fell slightly to 63.2%, low by historical standards and compared with other countries.