Главная » MAKE MONEY » Overstock sheds $317 million in market value after its CEO releases a bizarre statement about his involvement with the Deep State
August 14, 2019MAKE MONEY 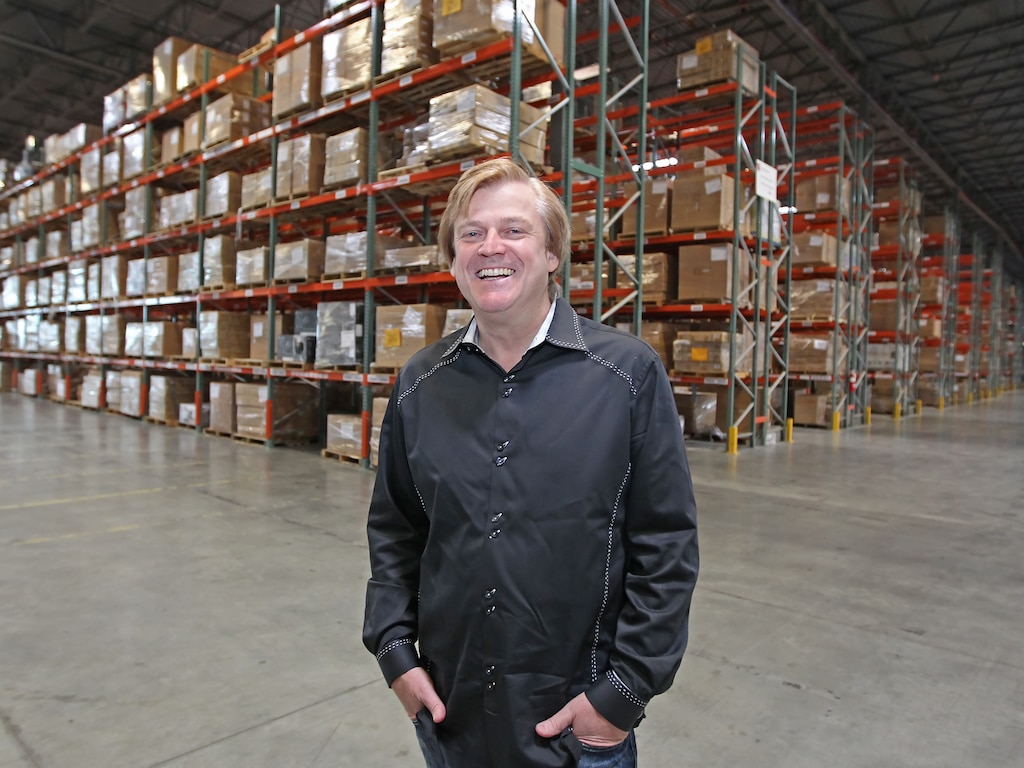 Shares fell by as much as 23% Wednesday, bringing the decline since Monday to 36%. The sell-off shed $317 million of the company’s market value — about one-third.

The company’s statement, in which Byrne “comments on Deep State,” referenced two articles published on a little-known news website. Byrne said that he helped law-enforcement officials, who he referred to as “the Men in Black,” on three separate occasions. He also said that his decision to come forward with the statement was encouraged by his “Omaha Rabbi” who reminded him of his “duty as a citizen.”

“I have fulfilled those citizenship obligations of which my Rabbi reminded me,” Byrne said. “I will speak no more on the subject. Instead, having lived in places lacking Rule of Law and having witnessed the consequences of its absence, I plan on sitting back and watching the United States Department of Justice re-establish Rule of Law in our country.”

Byrne has long been an unconventional CEO.

In May, he told shareholders that he had to sell his shares of the company to supplement his salary, which he said was $100,000 a year — he has refused a bonus for years and won’t take a larger salary, Reuters reported. He has also publicly battled short sellers since 2007.

In addition, he has previously made comments that send shares tumbling. On a conference call last week, he made a joke about loaning office space to the SEC during an investigation into the company’s tZero cryptocurrency push, which briefly sent shares down, Bloomberg reported.

Overstock.com’s two-day decline was its largest in more than 11 years. Shares are up 13% year-to-date. 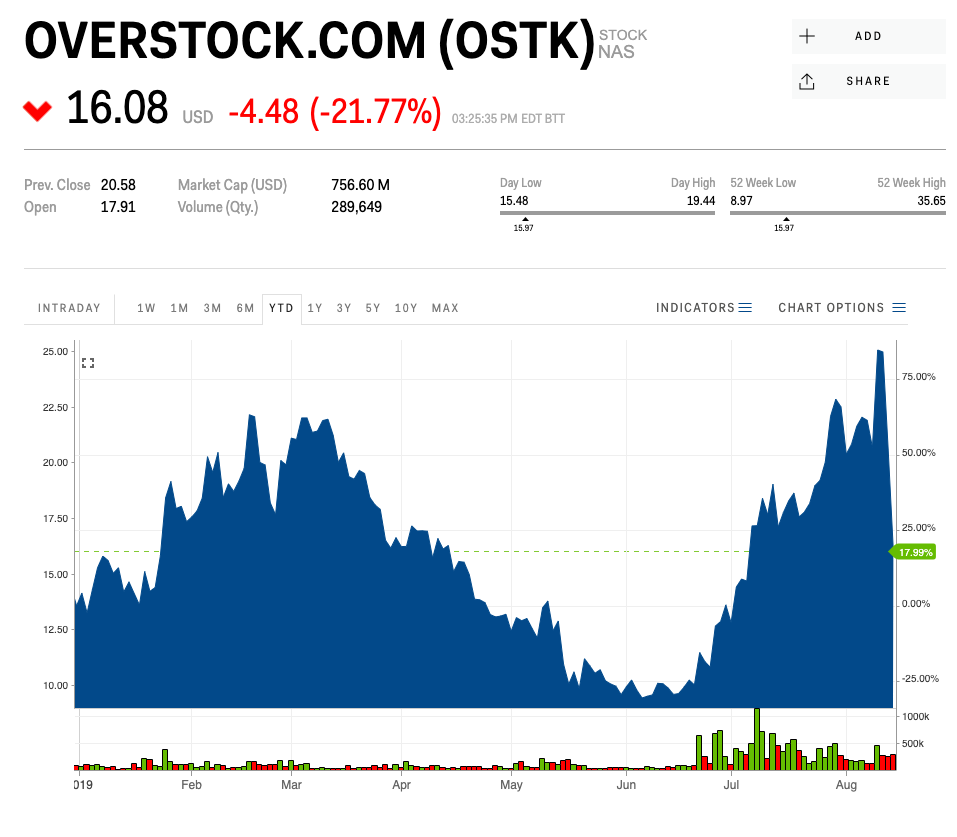