Pinterest prices its IPO at a price tag of $11.3 billion — below where it was last valued 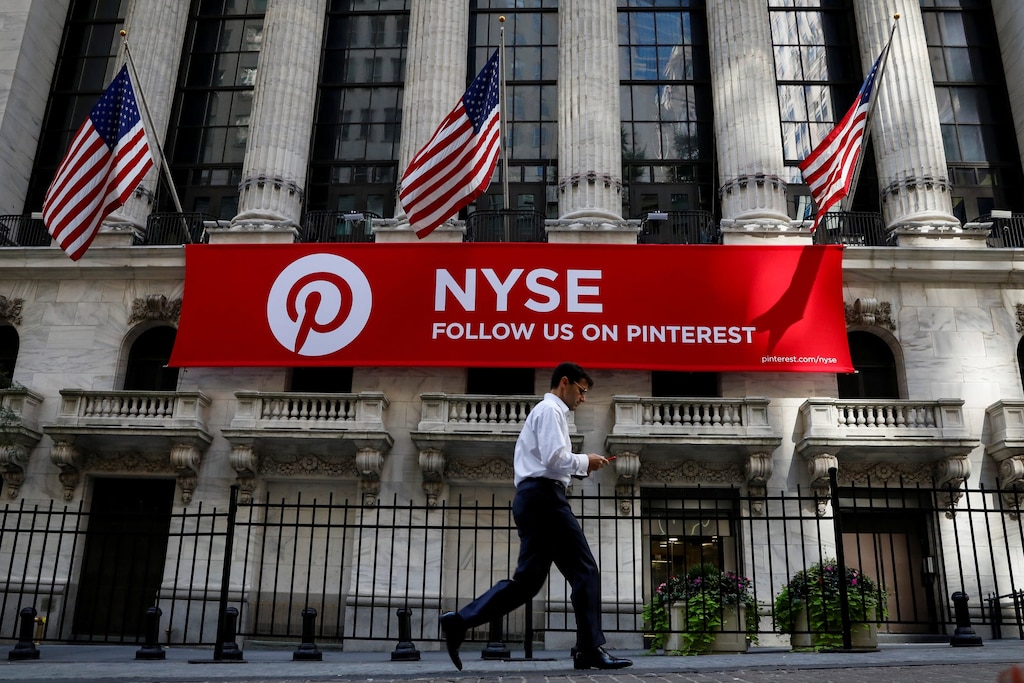 Pinterest has announced the pricing of its initial public offering at a value below that of its latest round of private fundraising.

The social-media company said Monday in a filing with the Securities and Exchange Commission that it would sell 75 million shares at a price between $15 and $17 apiece, giving it a maximum valuation of about $11.3 billion. Pinterest was most recently valued at $12.3 billion, following a 2017 fundraising round.

Pinterest will have both class A and class B shares. Class A shares will give shareholders one vote each, while class B shares will be worth 20 votes each. All shares issued before the initial public offering will be made class B immediately before the completion of the IPO, Monday’s filing said.

Shares will trade on the New York Stock Exchange under the ticker PINS.

Goldman Sachs, JPMorgan, and Allen & Company were listed as the lead underwriters.