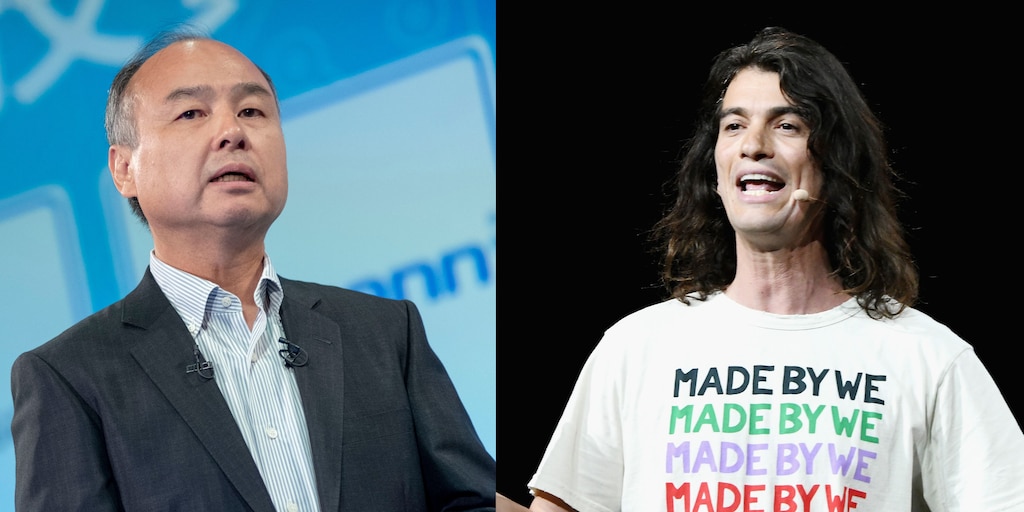 SoftBank’s share price hit its lowest point since the last week of January after it announced it would be bailing out WeWork earlier this week.

The firm’s stock fell nearly 3% in Tokyo trading on Thursday, as investors reacted to the news that SoftBank would be putting in another $9.5 billion to the real estate firm.

SoftBank to date has spent $10.65 billion on WeWork according to CNBC, making it one the company’s main backers historically.

In what has been a dramatic week for WeWork, SoftBank ultimately was the firm chosen to bail out the struggling real estate company by its board.

Despite competition from JPMorgan, SoftBank will now control 80% of the firm’s shares after putting in $5 billion in new financing, a buyback of £3 billion worth of stock and accelerating a planned $1.5 billion investment to stop WeWork running out of cash in the coming weeks.

WeWork’s new Chairman, Marcelo Claure, who is also a SoftBank exec, reportedly addressed WeWork’s staff on Wednesday at an all-hands meeting where he said that “The money worries should be gone by now, right? We have everything that we need financially to go fund this.”

Claure in the meeting also addressed employee concerns that Adam Neumann was being given a $1.7 billion payout tp step down from the role. “That’s going to be a great investment to basically put the company back into our hands for us to be able to run it without having somebody with a gun,” when speaking about Neumann’s 10-to-one voting power.