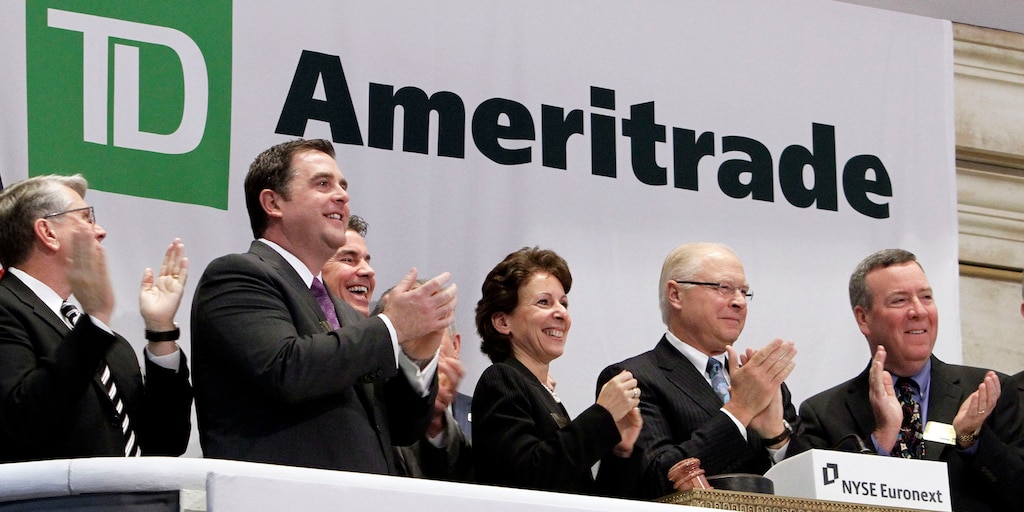 The price wars between brokerages are heating up.

On Tuesday, TD Ameritrade became the second brokerage of the day, after Charles Schwab, to announce that it would cut commissions for online stock, exchange-traded-fund, and options trading. All fees on stock and ETF trades will drop to zero from $6.95, and clients will pay $0.65 per contract for options trades, the company said in a press release.

It said the change would go into effect on Thursday, four days before Charles Schwab’s fee move on Monday.

“We’ve been taking market share with a premium price point, and with a $0 price point and a level playing field, we are even more confident in our competitive position, and the value we offer our clients,” TD Ameritrade CEO Tim Hockey said in a statement.

While the price point is a win for investors, it is likely to eat into revenue for brokerages.

“We expect this decision to have a revenue impact of approximately $220-240 million per quarter, or approximately 15-16 percent of net revenues,” Steve Boyle, TD Ameritrade’s chief financial officer, said in the statement. He said more information about the fiscal 2020 plan would be released during fourth-quarter earnings, due later in the month.

TD Ameritrade said the free trades — and a final pricing schedule — would be available Thursday for retail clients and clients of independent registered investment advisers that use TD Ameritrade’s institutional offering. TD Ameritrade has more than 11 million clients and $1.3 trillion in assets.

TD Ameritrade is down 31% year to date. 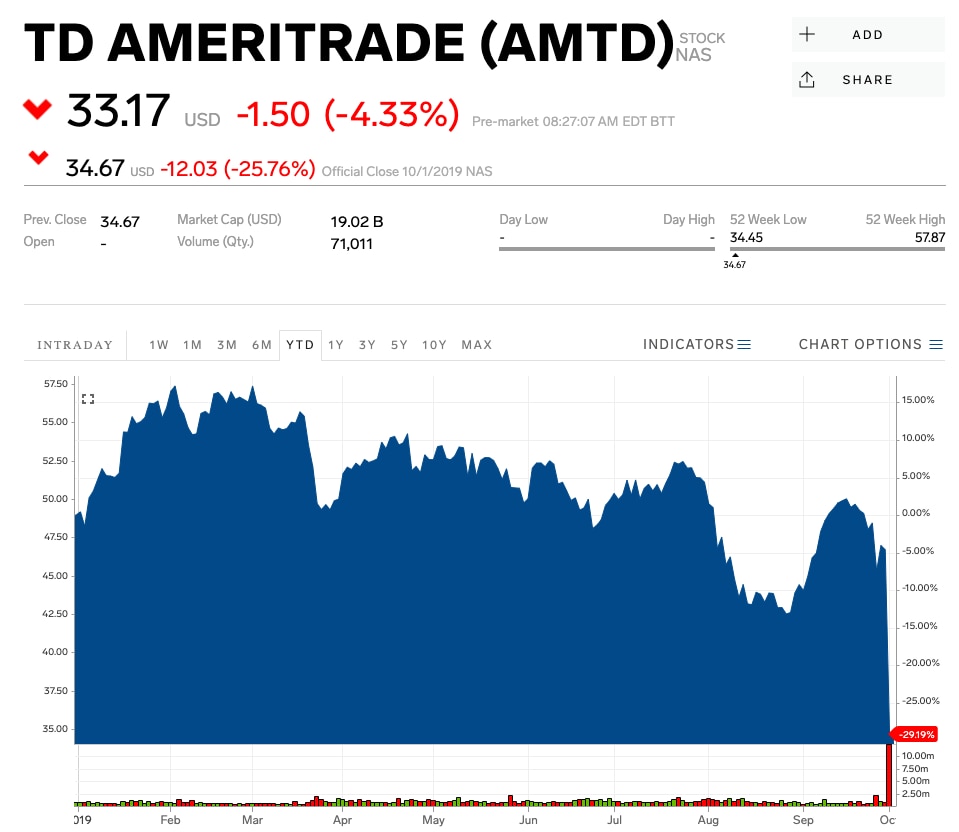