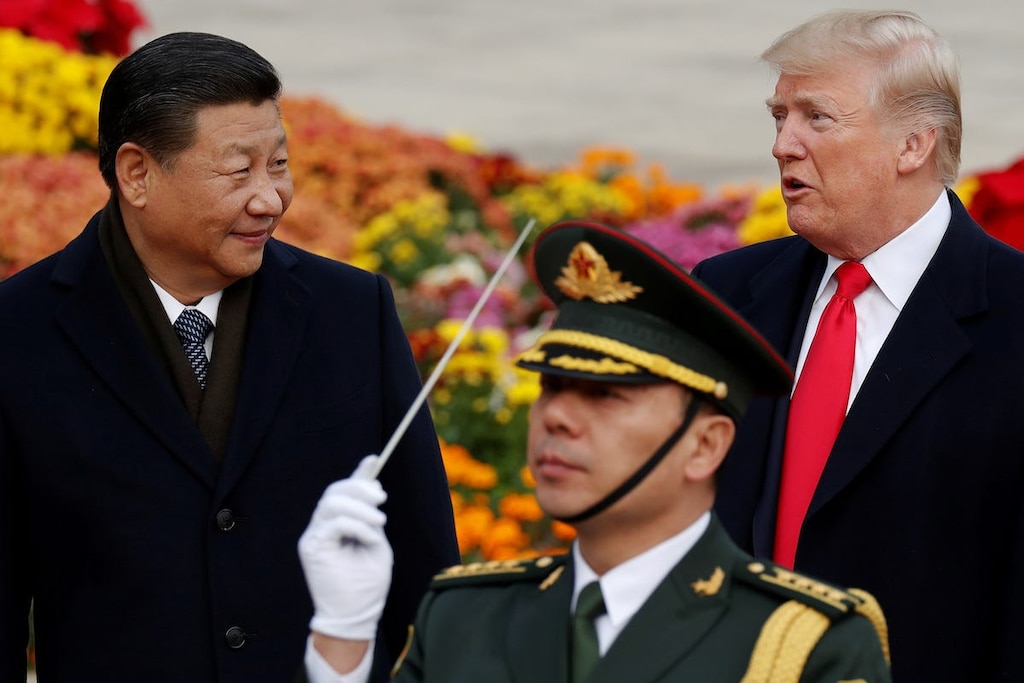 President Donald Trump on Monday said that China would be forced to make a trade deal with the US but doubled down on threats to impose steep tariffs on all of its products if negotiations failed.

“They want to make a deal much more than I do,” the president added.

Trump said he would move forward with plans to levy duties on about $300 billion worth of additional products if Chinese President Xi Jinping did not attend the G20 summit at the end of June, where the two leaders are expected to meet. China has not confirmed those plans.

He indicated that escalation would take effect “immediately.”

Trump increased the tariff rate on $200 billion worth of Chinese imports last month after Washington accused Beijing of reneging on past trade commitments that had been made throughout 11 rounds of negotiations, a move came as a surprise to businesses and officials on both sides.

Trump’s phone call to CNBC appeared to come after Myron Brilliant, the head of international affairs at the Chamber of Commerce, warned that further escalation in the trade war could have sweeping consequences for both of the world’s largest economies.

“He’s not protecting our country,” Trump said of Brilliant. “He’s protecting all of those companies that are members.”

Brilliant had said that “weaponization of tariffs” would hurt Americans through uncertainty and higher costs. While Trump asserts that foreign exporters pay tariffs on China, evidence suggests that costs fall on businesses and consumers at home.