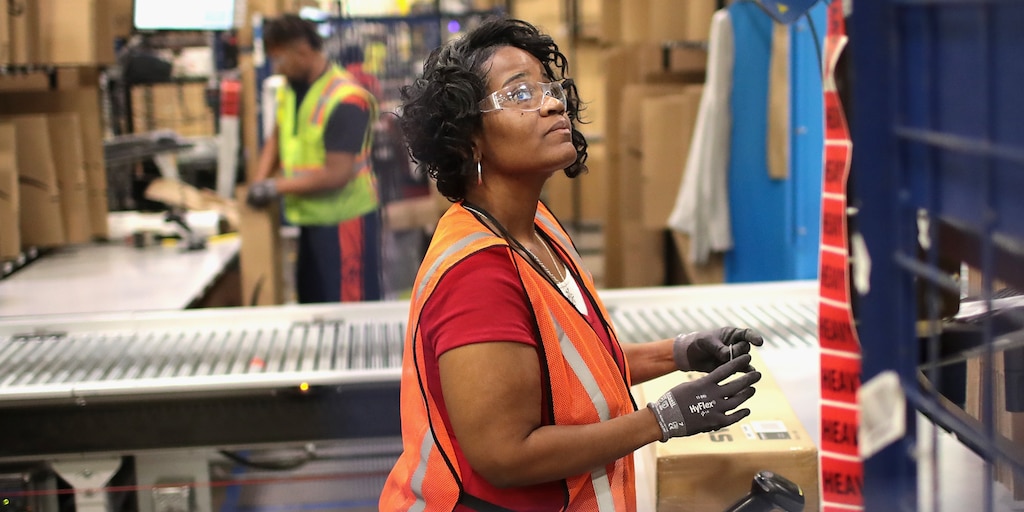 Government data out Friday showed hiring cooled but held up at a solid pace in September, offering a snapshot of the American economy during a period marked by heightened uncertainty and concerns about a potential slowdown.

The Bureau of Labor Statistics said the US added 136,000 nonfarm payrolls last month, fewer than the 168,000 created in August but enough to push unemployment levels to fresh lows at 3.5%. Analysts had forecast an increase of 147,000 jobs.

Average hourly earnings increased 2.9% from a year earlier, the slowest pace since July 2018, which could bolster expectations for the Federal Reserve to lower borrowing costs this month.

“While the correlation between wages and inflation isn’t particularly strong, tepid wage growth will still reduce concerns that a tight labor market will suddenly push prices higher,” said Eric Winograd, the senior US economist at AllianceBernstein. “It removes one potential impediment to Fed rate cuts.”

Trade tensions have added pressure to a labor market that was already expected to slow this year as the effects of tax cuts and other stimulus measures began to fade. Between July and September, an average of 157,000 jobs were created each month.

“Economic growth, and therefore job creation, are showing clear signs of slowing,” said Cailin Birch, global economist at the Economist Intelligence Unit. “The core issue behind this is trade policy uncertainty, and the negative impact this has already had on some key export markets for US firms, including the EU and China.”

The effects of tariffs levied between the US and major trading partners have grown increasingly evident in recent weeks, fueling broader concerns about the economy.

“The uncertainty linked to the direction of trade policy may exact a larger price on hiring across goods producing and manufacturing jobs,” said Joe Brusuelas, the chief economist at RSM, a financial consulting firm.

The Trump administration plans to expand tariffs to thousands of consumer products from China and the European Union in the coming months, putting businesses and households more directly at risk.

Separate data released Thursday suggested higher costs and uncertainty have started to weigh on the service sector, which accounts for a majority of activity in the economy. Retail trade lost 11,000 jobs in September and has shed 197,000 positions since a peak in January 2017.

The labor market struggled to pull Americans from the sidelines last month. The labor-force participation rate held steady at 63.2%, a figure that is low by historical standards and compared with other countries.

“Breaking News: Unemployment Rate, at 3.5%, drops to a 50 YEAR LOW,” the president wrote on Twitter. “Wow America, lets impeach your President (even though he did nothing wrong!).”

Read more: Trump promised to revive US manufacturing. But the sector just plunged deeper into a recession.

Now read: The chief strategist at a $1 trillion investing giant says Trump is doomed to lose his trade war — and explains why that would be the best possible outcome for markets