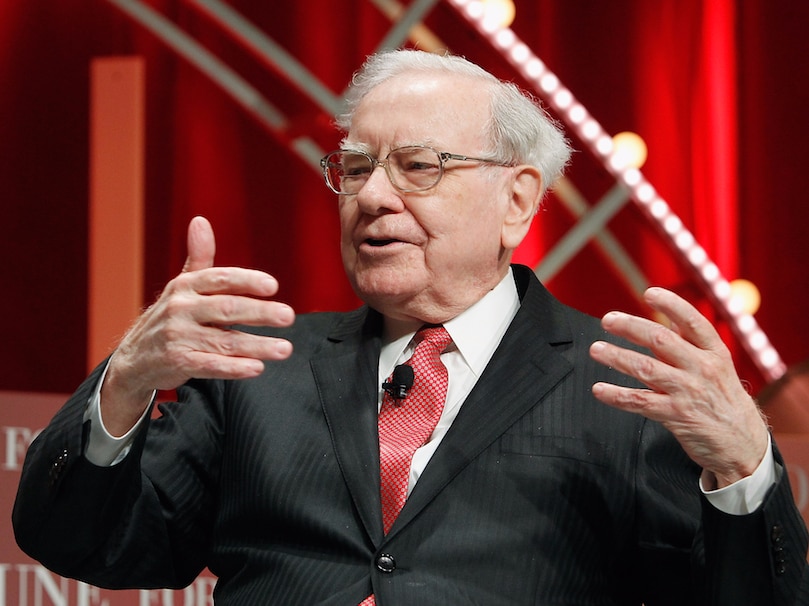 Warren Buffett, Wells Fargo’s largest shareholder, urged the bank to find a CEO outside of Wall Street, according to an interview with The Financial Times on Sunday. The board of the embattled lender has embarked on a CEO search after the Tim Sloan resigned in March, following a challenging Congressional hearing.

Buffett owns nearly 10% of the San Francisco-based lender, a stake worth more than $20 billion. Wells Fargo was down nearly 1% in pre-market trading Monday.

“There are plenty of good people to run it [from Wall Street banks], but they are automatically going to draw a significant percentage of the Senate and the US House of Representatives and that’s just not smart,” noted Buffett according to the interview.

Sloan is the second Wells CEO to be ousted amid a turbulent few years for the company.  In an unprecedented move, the Fed has placed a cap on the bank’s asset growth which will not be lifted after the resolution of a series of violations involving the bank’s sales practices.

At the time of Sloan’s resignation, the board indicated the next CEO would be an outside candidate. Allen Parker, previously the bank’s general counsel, will serve as interim CEO until the search is concluded.

Parker was presiding partner of mega-law firm Cravath, Swaine & Moore prior to joining Wells Fargo. Importantly, Parker joined the firm after the scandals first broke in 2016.

Wells Fargo was up 6% this year through Friday’s closing bell. 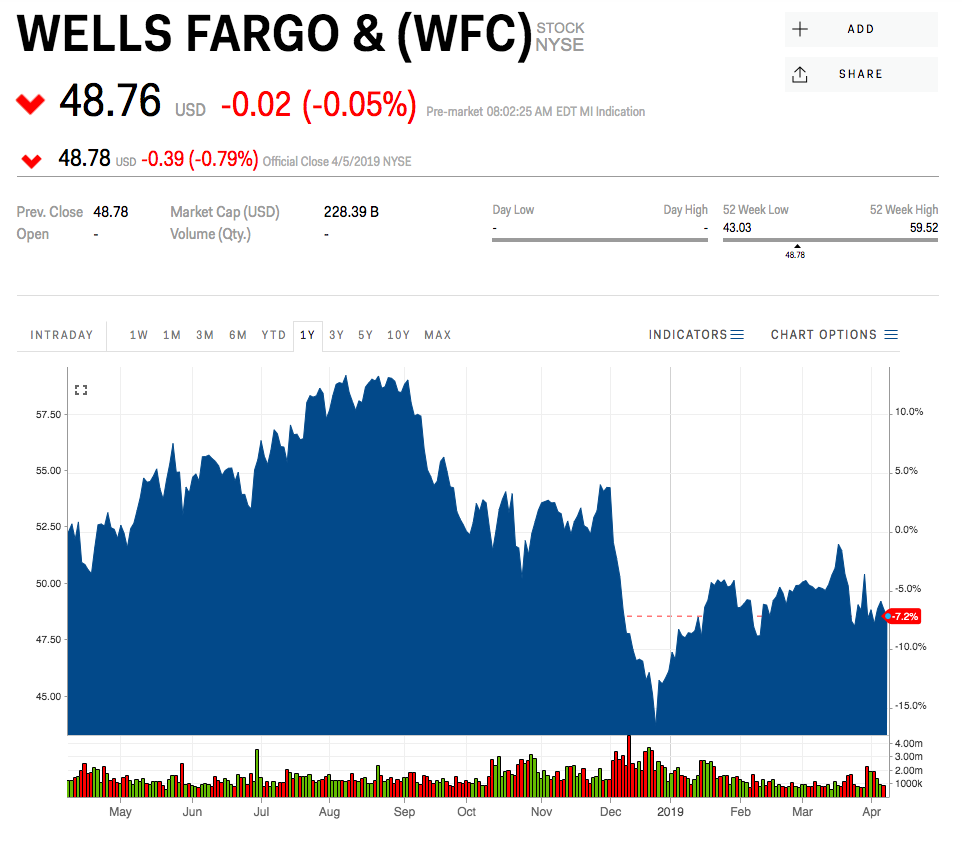