Were riding a century-old measurement off a cliff: Andrew Yang tears into GDP as an outdated metric for calculating economic growth 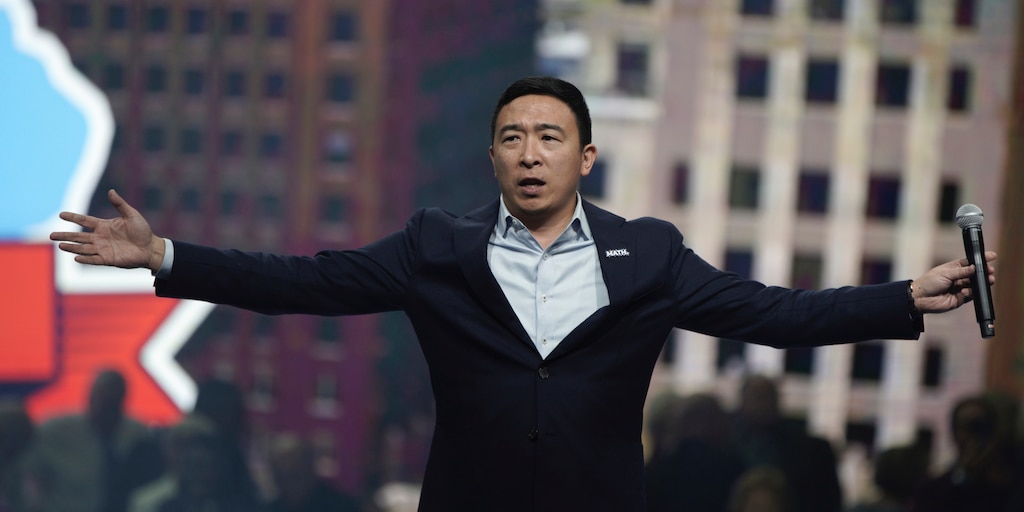 In an a recent interview with the New York Times editorial board, Democratic presidential candidate Andrew Yang blasted the main national index used to measure growth and wellbeing in the US economy.

“We’re riding a century-old measurement off a cliff, while our way of life deteriorates underneath our feet,” he told the publication’s editorial board, referring to gross domestic product (GDP).

In the interview, published Wednesday, Yang said there were three measurements that “we’re beating the American people over the head with, telling them that things are going great:”

Yang said he believed these were the wrong measurements to guide government policymaking.

“If these are your measurements, then of course you’re going to think things are going in one direction, while your way of life disintegrates,” Yang said. “Even the inventor of GDP, Simon Kuznets, said 100 years ago, this is a terrible measurement of national well-being, and we should never use it as that.”

Read more: Here’s why the go-to metric for assessing economic strength is far from perfect – and might need an update

It’s not the first time he’s criticized GDP, and Yang has anchored his underdog campaign in fighting for what he calls a “human-centered capitalism.” He’s proposed a different index that factors in inequality, quality of life, underemployment, and infrastructure among other measurements.

Yang then brought up in the interview rising levels of depression, suicides, and drug overdoses now ailing American society – and how those measurements of emotional and physical wellbeing aren’t taken into account by GDP.

GDP evaluates the total value of goods and services produced within the United States – a tally of retail sales, construction spending among many other variables of economic activity. It was developed during the Great Depression to detail the huge toll that it took on the economy.

Policymakers in the US and around the world have used GDP for decades as the main scorecard to determine whether things are getting better or worse. But increasingly, critics argue its a misleading benchmark of wealth and wellbeing that skews political priorities. And a larger chunk of the economy’s benefits is channeled to the wealthy.

Congressional Democrats last month reintroduced a bill that would update how GDP would be measured and widen its lens beyond economic growth.

“Efforts to address slow wage growth, stagnant incomes, and growing economic inequality require broadening the focus beyond GDP and obtaining metrics that better correspond to the experiences of all families in the United States,” the bill says.